Storytelling is a buzzword with lots of different interpretations. Either the internet is killing stories, or it’s the best thing to happen to them since the printing press.

Stories have been around as long as we have, helping us understand our world and ourselves. We learn and retain information best through stories, because they turn information into more than the sum of its parts. But what makes a story a story, and what does it mean for the digital world we’ve built?”¨

Charles Dickens should be the mutton-chopped mascot of the web. He was a social storyteller on every level. His plots spoke to and about society, but his formats were social too: he explored new ways of reaching an audience in the way that his work was distributed, and the way he wrote the stories themselves. He published most of his novels in serial form, in magazines packed with advertisements and illustration, costing far less than the cost of a hard-bound book—but he also wrote episodically—actually creating the stories as each magazine was published.

There are few writers working today as open to public comment—as skilled at manipulating public sentiment, and as concerned with the advancement of his medium—as Dickens was for his time. But his stories have deeper lessons to show us. His formats gave him freedom, but they also forced constraints. Because his stories were chopped up and divided physically, and because of the time that elapsed between various installments, he had to explore new ways to keep readers engaged. And just as though he were an oral storyteller recounting adventures over a series of nights, he used language itself to keep readers interested.

In the last chapter of each installment, his sentences grew shorter, more active, and more visual. This made the text dynamic and active, compelling further engagement. Take the last lines of the first installment of David Copperfield (the close of chapter three):

“¨You hear the dynamism of the words, and feel the suspense of the moment: Dickens was an early master of the call to action. He understood how people respond to language itself, as well as story. And we have the opportunity to do the same each time we tell a story online.”¨

Comprehension: the other side of the story#section3

The reality is that we never perceive a story exactly as it’s composed. As people read, they fill in, flesh out, and fine-tune our stories. There are lots of reasons for this—maybe they began reading part of the way through, are only skimming half of what we’re saying, or reading something in a different context than we think we’ve provided. Comprehension is the reader’s half of the story. And we create it through two psycholinguistic mechanisms: inference and coherence.”¨

Inference: You infer, I imply#section4

If you say “Jess bought a bikini,” we infer that Jess is a woman because men don’t (usually) wear bikinis. If you say “I dropped my earring in the Seine,” we infer you’re in Paris (France, not Texas).

Not everyone will make the same inferences, but rest assured inferences are being made. This is how we get through the day—imagine if you had to qualify everything you said, as though you were speaking to aliens who had just landed on earth. You wouldn’t make it through one sentence.

Logical and elaborative inferences require some knowledge of our audience. We can’t assume that everyone we’re talking to or writing for can make the same elaborative or logical inferences. But we shouldn’t write for the lowest common denominator either. This is the beauty of storytelling—the exact same information means different things to different people.

As long as the crux of what we’re trying to convey does not rely on inference, we can sit back, relax, and let our readers do with our content what they will.”¨

Online, bridging is the element of inference we most need to understand. It’s our task to plan how we want people to connect old and new information.

But the web has an intrinsic ability to foster bridging, because it is modular. It allows us to put away the backstory and connect old and new information by linking, rather than repetition.

Only a poorly constructed narrative repeats itself rather than providing connections. When web content doesn’t embrace its modularity, we end up with siloed pages that repeat the same content, footnotes, taglines, and asides over and over and over again.

Our ability to make inferences between modules of content is instinctive—if we provide the right breadcrumbs, our readers will follow our story. And as advances in technology give us more places to engage with content, the concept of a page as the single reductive unit of understanding (which is, as we’ll discuss later, a false assumption anyway) is already starting to disappear.

This does not mean that everything will become a tweet, or that our brains will cease to function when we have to concentrate for more than 30 seconds. This means that we have to understand how comprehension balances the other end of the content equation—and stop thinking of our readers as numbers on a dashboard.”¨

Noam Chomsky compartmentalized language into what he called ‘linguistic units.’  This is simply a chunk of language, broken down into parts—so it could be a paragraph, a sentence, a word, noun, or even a sound.

Now, the web compartmentalizes language as well. We cut and paste, tweet, and quote. Language is naturally disseminated in chunks, just as it has always been. There is a natural symmetry between how we speak and how we understand online.

‘But reducing understanding into smaller and smaller chunks makes us attention-deficient automatons!’ we hear you cry. Try telling that to babies. When we learn, we move from sound to word, sentence to paragraph. Linguistic units are literally the building blocks of our engagement with the world. And there’s no reason why the increasingly modular nature of web content should diminish our understanding—rather, it may have the capacity to increase it, prompting us to make inferences and create stories ourselves, rather than passively engaging with static texts.

But these modular texts don’t simply create themselves. As the creators of new contexts online, there are lessons for us to learn. When we create content in modules, we need to understand how it may be understood—we have to consider the non-linear story. To do that, we need to understand one final piece of comprehension: coherence.

Coherence: bringing it all together#section7

When we infer and bridge different pieces of content together, we consolidate and get meaning. There are four ways to do this:

“¨The narrative of shopping is a meandering path to a decision, no matter what you’re shopping for. In this case, we’re shopping for clothes. To illustrate how storytelling works on something as personal as shopping, we both went through a purchase on ASOS.com.

Once upon a time . . . we came upon a homepage#section9 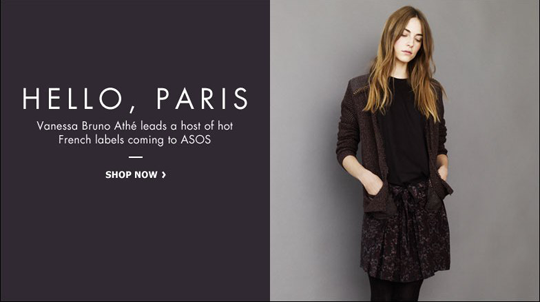 Randall sees Paris and wants to buy striped things. Randall: “As a big fan of striped tights and brie, I go straight for ‘Hello, Paris.’ It’s not so much a category of clothing as an association. Parisians are beautiful and sullen (I once saw a woman in Paris sulking while rollerskating). My exploration of ASOS’s clothes is more about the idea of Paris, and the things I associate with it, i.e., elaborative inferences, than about anything ASOS is telling me. The story is mine, and that’s why it works.” 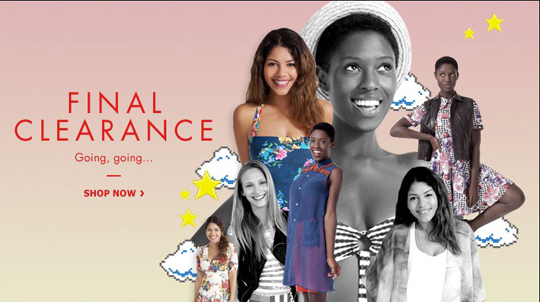 Elizabeth enters through the sale promotion, then searches by brand. Elizabeth: “I’ve bought own-brand items from ASOS before and been disappointed by their quality. So I enter via the lowest common denominator—price—and then look to select brands whose quality I can vouch for.”¨ Without thinking about it, I’m creating a bridging inference between my past experience on the site and my current experience.”

In both cases, most of the story comes from us—the users. We’re filling in the gaps—making inferences, whether they’re based on past experience with certain brands, or elaborative associations drawn from our imagination. Conversion in this case isn’t about providing the simplest, most direct route from choice to purchase. It’s about allowing the user to create their own coherent narrative—driven by experiences and associations.

Online narrative is about understanding perception. You provide a framework; your readers fill the gaps. If they can create coherence, they’ll convert. Our role as storytellers online is the same as it’s always been—to provide the building blocks of the story: the what, when, where, and why of coherence, and the spark that ignites our readers’ imagination.

In this excerpt from Writing Is Designing, Michael J. Metts and Andy Welfle discuss critical accessibility considerations for content authors, including reading order, references to additional content, and instructions.

Words matter. Even in something as banal as a form, the words we choose can determine what someone does and what they fail to do. In this excerpt from Writing for Designers, Scott Kubie explains the purpose of prose in a design and why we need to be more intentional with how we use words.
Get our latest articles in your inbox. Sign up for email alerts.

In this excerpt from Creative Culture, Justin Dauer walks us through many ways in which an organizations’ culture and the design work that it does play off of one another.
Amy Bucher shares insights into using personalization to create meaningful user experiences.
Noah Glushien shares the ins and outs of creating a successful career in web, despite being color blind.
Building a more inclusive internet goes far beyond making our code more accessible. Olu offers a thoughtful approach to a more welcoming web.
In this excerpt from Figure It Out, Stephen Anderson and Karl Fast take you on a deep dive into color.