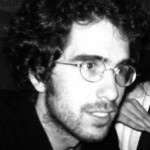 Al Shaw is a news applications developer at the online investigative newsroom ProPublica. Previously he was Designer/Developer at Talking Points Memo, and creator of TPM's PollTracker application. He blogs at Shhhaw! Follow him on Twitter.

If you’re a web designer or developer, you're well acquainted with prototyping. From raw wireframing to creating interfaces in Photoshop, designers map out how sites will work before they create them. Over the past few years, the protoyping process has changed significantly. With browser makers generally agreeing on web standards and the rise of tools such as Firebug and WebKit’s web inspector, we can sometimes skip Photoshop and go straight to the browser. Plus, JavaScript frameworks like jQuery let us play with browser events with only a few lines of code. But what if we need to do even more? As websites increasingly become web apps, we now need to prototype backend functionality, too. Learn how Sinatra, a so-called “micro” web framework, helps you create real (albeit simple) web apps extremely fast, letting you prototype flows and behavior you may want to integrate into a final product.
Version control: It isn’t just for coders anymore. If you’re a writer, editor, or a designer who works iteratively on the web and you want to reshuffle or combine pieces of your work quickly and efficiently, version control is for you, too. Al Shaw shows us how easy it is to install, set up, and work with Git—open-source, version control software that offers you much, much, more than just “undo.”