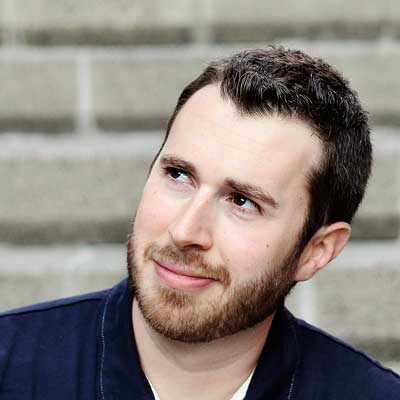 Jeff Lembeck is a developer over at npm. He writes a whole lot of code and the occasional article, is a guest lecturer and TA for Ada Developers Academy, and a former member of the jQuery Mobile team. Jeff lives in Seattle where he obsesses over oyster happy hours and how to make the best negroni. He dreams of someday owning a hot tub boat.

What's new with responsive images? There's an important improvement in the latest version of Picturefill. Jeff Lembeck has all the details on why you should upgrade right away.
While building JavaScript related projects (whether server side via Node.js or front-end libraries), a build tool to help easily maintain and automate many of the processes—including testing, concatenating files, minification, compiling templates, as well as many other options—can be incredibly useful.
For this example, we're going to build a Grunt task that takes a screen shot of the pages we're building (similar to Wraith, but far less advanced). There are multiple parts to make this work, so let's break it down. First, we will write a PhantomJS script that renders each page. Second, we make a NodeJS function that calls this script. Finally, we make a GruntJS task that calls that Node function. Fun!
Part of getting comfortable with the command line is making it your own. Small customizations, shortcuts, and time saving techniques become second nature once you spend enough time fiddling around in your terminal. Since Git is my Version Control System of choice (due partially to its incredible popularity via GitHub), I like to spend lots of time optimizing my experience there.
No matter what your area of expertise, keeping the web secure is everyone’s concern. Several critical Ruby and Ruby on Rails exploits have been discovered over the past few weeks and your site could be impacted. Guest author Jeff Lembeck breaks down the way to address these issues now, and aims to help you stay security-minded in the future.