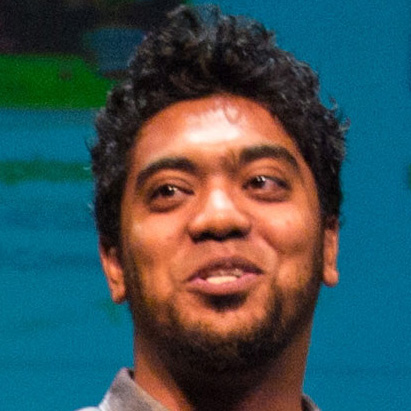 Dan Mall is an award-winning interactive art director, designer, and developer. He is an enthralled husband, Senior Designer at Big Spaceship, former Interactive Director at Happy Cog, technical editor for A List Apart, and singer/keyboard player for contemporary-Christian band Four24. Dan writes about design and other issues on Twitter and his industry-recognized site, danielmall.com.

Sure, your design’s composition is perfectly balanced, the typographical hierarchy works, and the contrast is bang on. But, when you step back and take a look, how does it make you feel? Does your design evoke the right emotion? Dan Mall explains the difference between art direction and design on the web and challenges us to do it again, this time with feeling.
You’ve probably heard that Apple recently announced the iPad. The absence of Flash Player on the device seems to have awakened the HTML5 vs. Flash debate. Apparently, it’s the final nail in the coffin for Flash. Either that, or the HTML5 community is overhyping its still nascent markup language update. The arguments run wide, strong, and legitimate on both sides. Yet both sides might also be wrong. Designer/developer Dan Mall is equally adept at web standards and Flash; what matters, he says, isn't technology, but people.
Love it or hate it, Flash has become a fixture of modern web design. Author Dan Mall cuts through the misconceptions to show us how Flash can be used to enhance our standards-based web designs. ("Shiny floor" standards-friendly Flash project included.)