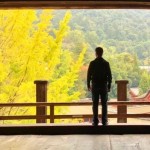 Dave Shea runs his own studio Bright Creative in (not very) sunny Vancouver. He blogs sometimes at Mezzoblue and Flickrs a bit more often than that. Oh, and he’s done other stuff too.

In 2004, Dave Shea took the CSS rollover where it had never gone before. Now he takes it further still—with a little help from jQuery. Say hello to hover animations that respond to a user's behavior in ways standards-based sites never could before.
Say goodbye to old-school slicing and dicing when creating image maps, buttons, and navigation menus. Instead, say hello to a deceptively simple yet powerful sprite-based CSS solution.