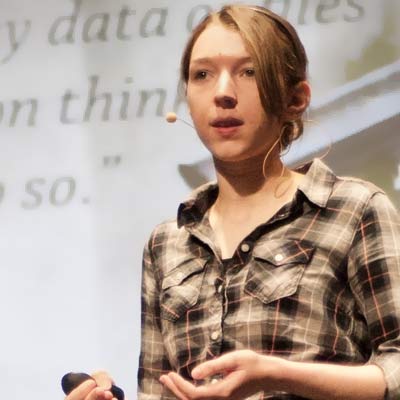 Anna is a freelance front-end developer living in Brighton in the UK. She specializes in sites and web apps used in the education sector.

On Saturday, Benjamin Hollway, a 16 year old front-end developer, wrote a post about his recent experiences attending industry events. He’s been coding since he was eight, and earlier this year he was shortlisted for Netmag's Emerging Talent category. Yet none of the people in this category are able to participate fully in the sort of activities most of us take for granted.
Three weeks ago, A List Apart went open source. Since then, we've begun building out a pattern library for the site. Here are some examples to help you do the same.
Today’s game consoles may offer subpar web experiences with little browser choice, but that doesn’t mean we can ignore them. More than one in eight internet users in the UK, US, and France—and nearly one in four American teens—uses a game console to get online. As more console makers offer internet-capable devices—and as smart TVs continue to enter the market—now is the time to plan how our sites will adapt to these new contexts. Learn how to test your web content on phone consoles; handheld consoles like Sony PSP and Nintendo DS; and TV consoles like Nintendo Wii, Sony PS3, and Microsoft Xbox 360.