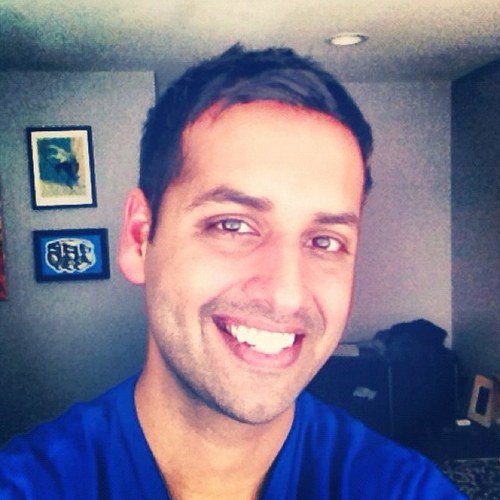 Cofounder at Minky. Formerly Microsoft, Amazon, and Purdue. Writes at rainypixels. Tweets as @rainypixels. Lives at the mercy of a Weimaraner.

Technology rests on a discovery of patterns: of behavior, association, energy, thinking. How valuable those patterns are to us is constantly being renegotiated as we experience a series of reveal shots that show us another part of the big picture, and yet another part of the big picture, and so on. To rely on a favorite cliché, it’s turtles all the way down.
Doing effective work often depends on the cooperation of colleages. Many of us struggle with this aspect of our jobs. Our very reasonable explanations fall on deaf ears. We’re not charismatic or extroverted, and people tune us out. We’re good at what we do, but we’re not “born leaders.” Actually, it’s not arcane knowledge or inborn talent that gives you the ability to win friends and influence people. Nishant Kothary realized that being influential is a skill that you can (and should) develop.
What drives us to learn? Often, it's seeing an incredible app or site and wanting to make something like it. Then, the next amazing thing takes us further along our learning journey. If you’re still learning today—and who isn’t—Nishant Kothary is nudging you to check out Swift, Apple’s open-source programming language. You might discover it’s a whole new way to love the web.
Sometimes, to make change happen, there has to be shouting. Other times, the shouting has to stop to allow change to happen. Right now we need to be talking—and listening—to each other, in our industry as well as in society. So why is it so hard to get these conversations going? Well, there’s the genuine guilt and anger that makes this super uncomfortable. On top of that, could it be we often lose our nerve at the prospect of feeding the indignation of the ALL-CAPS side of the internet? WAKE UP PEOPLE!
Heads/Tails, Left/Right, Church/State, Engineering/Design, Logic/Emotion. Oh wait—the flipside of logic isn’t emotion. It’s fallacy. Another fallacy is feeling obliged to join either the faction of the sensibly-clad engineers or the faction of the crayon-toting creatives. Nishant Kothary has found that research is on the side of trusting your gut (then backing up your instinct with testing).
The human mind has its own logic far beyond the binary states of mere computers. Even in the tech industry, you can't escape the reality that it takes more than data and solid conclusions to win people over.
We’re obsessive about collecting input from a wide range of potential users and stakeholders. But with such an onslaught of feedback, there’s always a risk of having your motivation and faith in humanity sucked right out of you. Sometimes, you just need calm critique from the few people who really get you. So which kind of feedback is best? The answer is both.
Our level of happiness and satisfaction on social networks is largely determined by the same things that make us happy in the rest of our lives. You can let your timeline be a perpetual reunion of your dullest second cousins or get out there and join some clubs.
Do we truly believe beauty is in the eye of the beholder? Or do we actually seek out some external standard of good taste in design (and then try to impose it whether it leads to the best solution or not)? We may be happier, and better designers, if we let go of that notion.
The Facebook news feed: featuring the perfect lives and perfect kids of people you barely know, and sometimes glimpses of weird opinions from friends you thought you knew perfectly. Maybe our understanding of identity has outgrown the design of our virtual interaction spaces.
There's a monster within you and me—we all have it. It's driven by primitive needs and it's relentless, but—plot twist—it's trying to save your life. Only it doesn't understand what's going on and it can hijack your thinking and actions in an instant, making you a menace, or at least a jackass, to everyone around you. Scared yet? Fortunately, there's a great technique for keeping the monster at bay.
“I work at Microsoft,” I said. “Oh? Ha,” she said. Knife. Twist. It was over.
One of my first managers — we shall call him Bob — had a saying that used to drive me nuts. To most of my complaints about workplace dysfunctions in our manager-employee one-on-ones, Bob would respond, “It is what it is.”