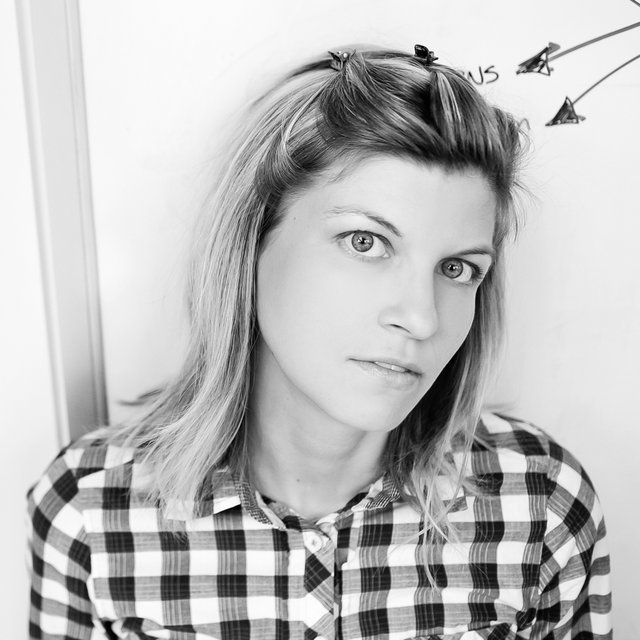 Lyza Danger Gardner is a dev. Since cofounding Portland, Oregon-based mobile web startup Cloud Four in 2007, Lyza has tortured and thrilled herself with the intricate ins and outs of the bazillion devices and browsers now accessing the web globally. Lyza and cofounder Jason Grigsby are the authors of Head First Mobile Web (O’Reilly).

In the future that’s forever one short year away, brilliantly functional, widely implemented APIs will redeem us from our toil and trouble. We just have to get ready for their coming, while seeing to the nitty-gritty of making the web work in the present. Sadly, it's a lot less predictable than that. Every new standard has to start small, and we’ll always need to choose which API to back and which to pass over.
Making module syntaxes play well together, managing dependencies, keeping up with third-party code—the devil is in the details when it’s time to ship. You can’t let your focus wander too much while performing these important tasks. Still, though—it’s so boring. Lyza D. Gardner feels your pain.
We’re short on mountaintops where we can find mentors, but the good news is mentors are actually just people like you and me who keep at it. They work at listening, ask people how they prefer to learn, make time to meet. Lyza Gardner talks about her early-morning motocycle practice, and how she loves gradually building her mentoring muscle by overcoming the embarrassment of being a beginner and just doing it.
Between the intricacies of documentation and the risk of wielding too much power over the browser, WAI-ARIA can be daunting. For the dev uncertain on how to fold accessibility best practices into their daily workflow, Lyza Gardner sets out to summarize one category of roles—the landmark roles. They help user agents map out the territories on a page so the user can navigate them with greater ease, and they’re a great place to start getting familiar with ARIA’s part in assistive technology.
To spare ourselves the complexity and tedium of writing CSS, we’ve embraced CSS pre-processors. But we must use them wisely or risk outputting CSS that is weirdly convoluted and just so wrong. Could post-processors save us from the pitfalls of pre-processors? Lyza D. Gardner is cautiously optimistic about their future, but also has a solution we can implement right now to save ourselves from both unchecked pre-processors and unseasoned post-processors.
Working with a team of like-minded folks not only makes for more copacetic daily interactions, it actually has a positive effect on the end product. Developers are valued for more than their technical skills. Another hallmark of a good developer is how well they mesh with a team.
It’s easy to see that automation can streamline image-optimization for all the varied contexts on the pan-device web. What’s harder to imagine is a future where foregrounding meaningful content in images can be handled by an algorithm. Art direction still requires human intervention, and that’s often a luxury in high-production environments.
We keep using that word, “responsive,” but do we all mean the same thing by it? The debate continues, as it should, while the word in its web context works its way into our language. But by the time its meaning coalesces, will we even need it anymore?
Workflow consolidation is the key to alleviating suck, ennui, and (some of) the dangers of human error. If only it weren't so arcane and sysadmin-y. Don't be put off by past trauma or bad first impressions—task runners and build tools are here to help you take control of your own destiny.
We’re keen to appear up on all things dev. We work hard to stay informed, but sometimes we have to admit we didn’t see that tweet or don’t know about that new framework. Well, so what?
I make websites for mobile phones. Or, at least, that’s what I used to say. Nowadays, it’s complicated.
Each week, new devices appear with varying screen sizes, pixel densities, input types, and more. As developers and designers, we agree to use standards to mark up, style, and program what we create. Browser makers in turn agree to support those standards and set defaults appropriately, so we can hold up our end of the deal. This agreement has never been more important. That’s why it hurts when a device or browser maker does something that goes against our agreement—especially when they’re a very visible and trusted friend of the web like Apple. Peter-Paul Koch, Lyza Danger Gardner, Luke Wroblewski, and Stephanie Rieger explain why Apple’s newest tablet, the iPad Mini, creates a vexing situation for people who are trying to do the right thing and build flexible, multi-device experiences.